Quito is a world-class city.  And consequently it has major rush hour traffic problems.  It is surrounded by hills and volcanoes and large apartment complexes now climb steeply up most of its slopes.

We sleepily climb onto our bus to begin a long, but scenic, bus ride around the top of the North of the City in order to avoid the cars flowing in the opposite direction to work.  Once out of the urban area, we see a basket of green below us as we descend a barren winding hill.  We are told the altitude keeps the top hills short and scruffy while below a certain height, there is a heat inversion that forms the perfect climate for green temperate growth. 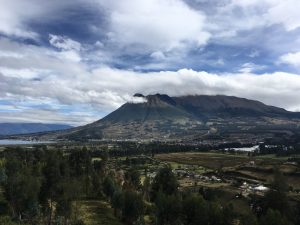 As we climb north, we see the peaks of volcanoes, some covered with morning clouds.  After a vista stop, we reach the train station and climb on our days train ride, not the glorious luxury of our previous days but a simple clean and attractive train car for today’s activities, reserved just for our group.

At the train museum, another steam locomotive and an antique rail bus. 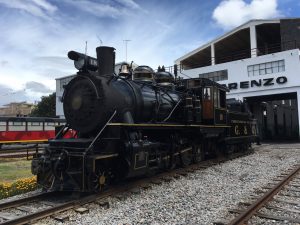 We stop at a former textile factory, which employed thousands of local workers, until the 1960’s, and which has recently been converted to a museum with its equipment restored for display. 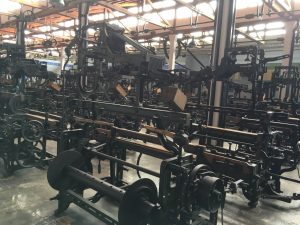 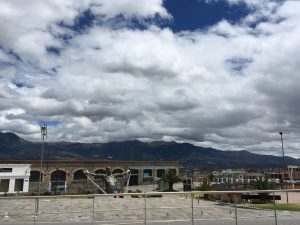 And further on, we visit a 78 year old woodcarver and his shop which is still producing Spanish style Catholic statues, painted and gilded, looking like ceramic but actually wood covered with plaster.   It is well-done artisan work — if you like Spanish colonial style. 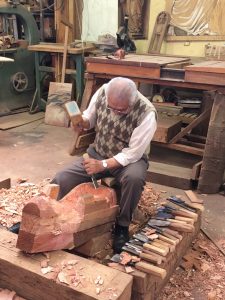 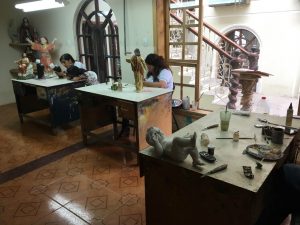 The list of our special experiences goes on:  at one of the train stations we are greeted by an Andean music group and serenaded to our seats while local women have cooked us some special regional specialties, served with hand made spoons. 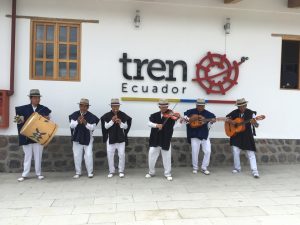 The local language here is Quecha and signs are often written in two languages.

Our final lunch together is in an incredibly beautiful hacienda from the early 20th century, meticulously maintained. The house where we have a magnificent lunch is filled with amazing bowls of roses. 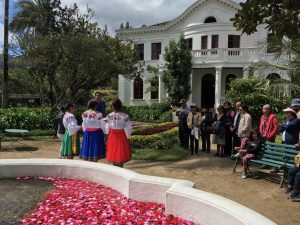 Formerly a dairy farm, the family now supports itself by raising roses and is one of the world’s large rose exporters, 60% of which goes to the U.S.  We visit the family shrine and then the exhibition office which was formerly one of the barns.  Large mounds of color but raised for appearance not smell — it has the earthy smell of a florist but not the distinguishable scent of rose. 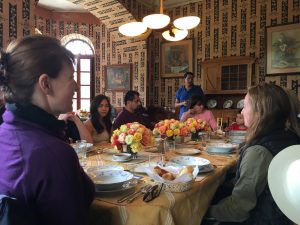 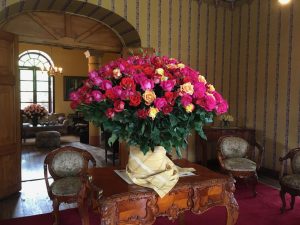 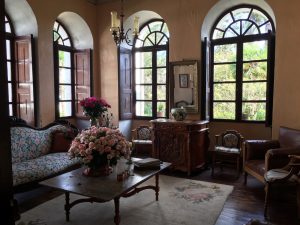 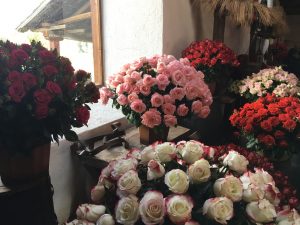 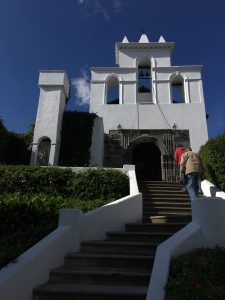 The production area is large and the variety of roses being offered is mind -staggering, especially the dyed multi-colored roses being created and export for the Chinese market. 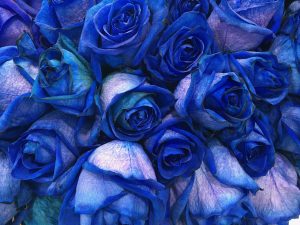 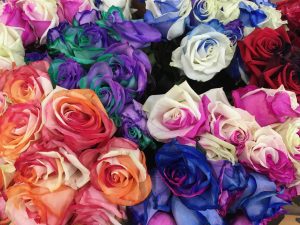 In the evening, some of us are asked to return to the train station so the TV crew can do some final shots.  It was good to see our lovely train once again.  It was also good to reflect on the sum of the entire trip, which, for me, added up to a superlative experience, providing both an immersive time with old steam locomotives and an educational journey into both the culture and the history and geography of Ecuador.  It was hard to say goodbye to all the wonderful train people as well as the members of our group but other adventures await. 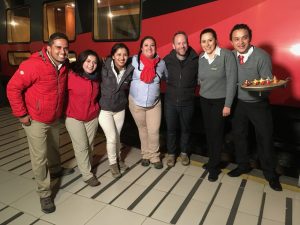