Our adventure today is through the courtesy and arrangement of Bill:  a personal tour of the original Yamamura House (now owned by Yodoko Steel Works) designed by Frank Lloyd Wright at about the time he was working in Japan on the Imperial Hotel in the early 1920’s.  It has passed through a number of hands over time and currently is undergoing a major renovation due to a failing roof and it is still covered by scaffolding and canvas while the exterior work is being completed. 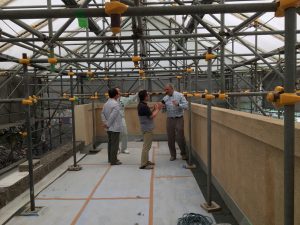 On the roof of Yamamura House

About an hour South of Kyoto, in the town of Ashiya, we are met by Bill’s acquaintance Yutaka, a professor of architecture at a nearby university, and a dedicated Wright scholar who has translated books into Japanese about Wright’s work.   The project manager and construction manager and representative of the steel works are there to greet us and show us around the interior space and  some of the top level roof as well. 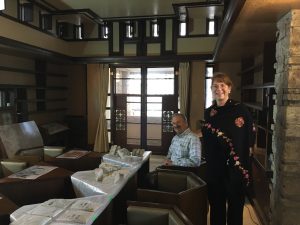 In the reception room 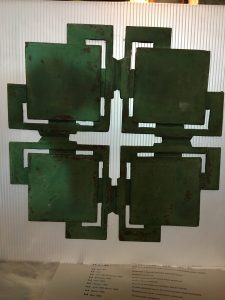 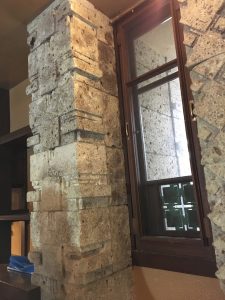 Bill is in his element, taking photos of every angle of every surface and fixture, understandably so, as this is not an easily accessible space.  There is some interesting wooden furniture, designed by Wright’s acolytes.  The most significant decorations are the window and grill work designs, assorted hardware and the beautiful angled roof of the dining area on the top level. 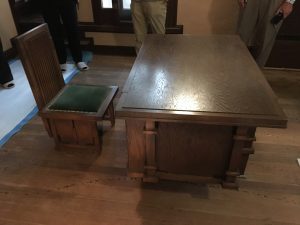 Desk designed by one of Wright’s assistants 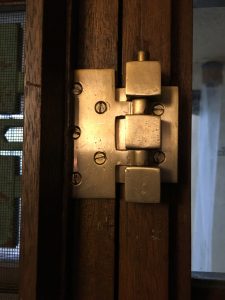 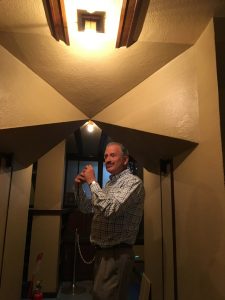 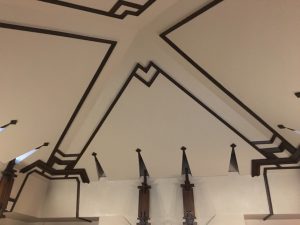 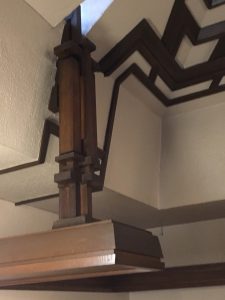 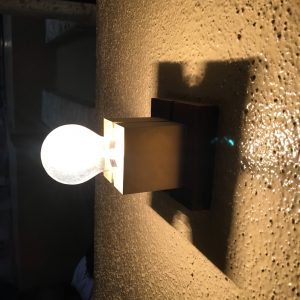 Light fixture throughout the house 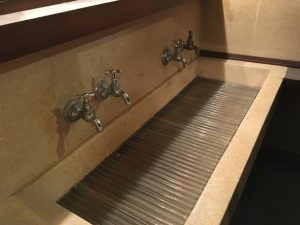 Kitchen sink with glass rods at the base

We also visited the former Koshien Hotel, a vacation spot in the 1930’s, designed by Wright ’s assistant in Japan, Arato Endo.  it was taken over for use as a hospital during WWII and then by the U.S. military as an office and barracks before becoming the Mukogawa Women’s University. 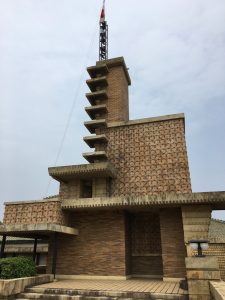 With such a checkered past, it is in remarkably good shape, with distinctive ceramic tiles (we were told the students make replacement tiles in their ceramic studio) and spires.  There is a beautiful garden and the atmosphere is very peaceful for a college.  We saw what was described as the “American national tree”  donated by women at a Texas college — we finally figured out it was Dogwood although none of us ever heard of having a national tree. 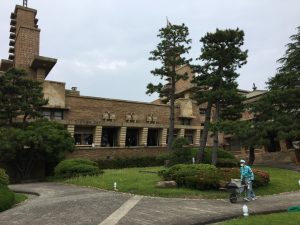 Rear of Building with Gardener

We all had lunch together and the highlight of the day for many of us was Bill’s presentation to Yutaka of a rare book about Wright’s work published in 1911 in Berlin, Germany and saved by Bill during a cleanup project at Taiesen in the 1960’s.  None of us had ever seen anyone so overjoyed with a present –  he kept on saying “Wow!” and couldn’t believe he was given such a gift.  And this in a society which I understand tries to tone down emotional exuberance. 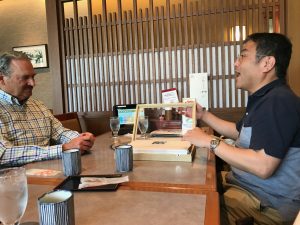 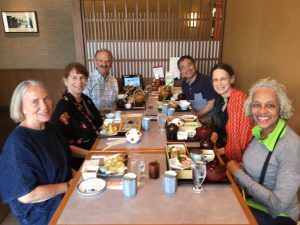 I will end this brief post with the photos I promised about the toilets in Japan.  I began taking some photos to show the range of differences, including one at MacDonald’s and in the pubic train station, all well above U.S. cleanliness levels, as well as very high-end ones in hotels and museums as well.  I am going to miss the warm seats and the cleaning sprays – although we were told it is possible to install an American version on top of existing fixtures.   I might research this option. 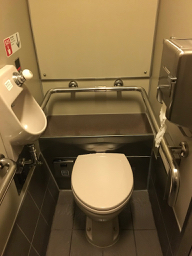 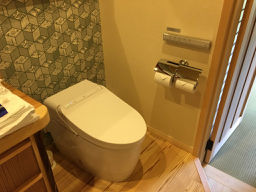 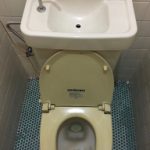 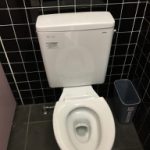 At Temple in Kyoto 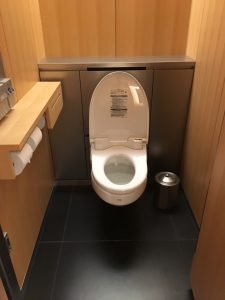 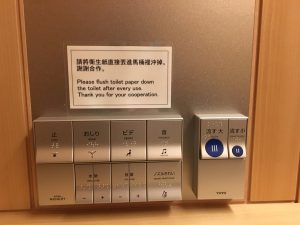