I have known about the great Soto Zen training center of Eiheiji since the 1960’s through my connections with the students of Suzuki Roshi at the Zen Center in San Francisco and have long  wished to visit it.  I had read about the possibility of seeing it and recently received a recommendation to read “Eat, Sleep, Sit”, a memoir of a young Japanese man’s recent first year experience training at Eiheiji.  It is out of the way and not on  any tourist routes: a train ride to Fukui on the Western Coast, and then a bus ride up into the mountains.  My expectations, from my readings, led me to believe that a visitor’s entry to Eheiji would be very circumscribed and limited to the lower buildings, with no sightings of the monks themselves. 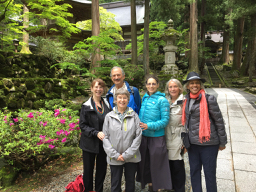 But, to my surprise, after walking through town and up to the entrance gate and paying our 500 Yen admission fee, we, along with many other visitors (no other Americans/Europeans except us), were given slippers and a brochure in English, and were able to visit almost all of the main halls. 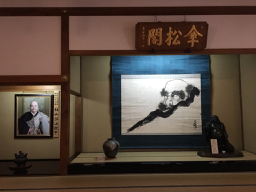 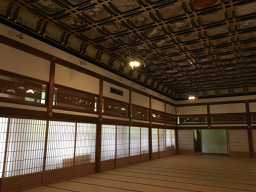 We followed the marked route, approximately, with a few signs in English but many signs in Japanese which we hoped didn’t say “don’t enter”.   We saw monks cleaning and preparing for services in several of the halls .  We encountered a long line of monks heading down to the monks’ hall for sitting.  There were groups of chatting people making noise right next to the thin walls which separated them from the chanting monks.  It was definitely not the isolated atmosphere that I was expecting and I wondered whether these new distractions were impacting the experience for the novices. 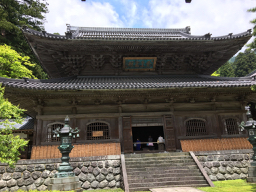 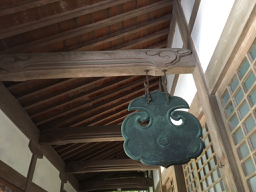 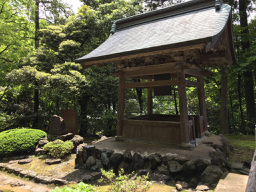 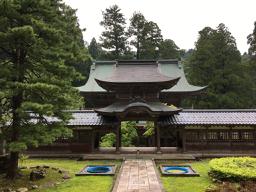 There was great beauty everywhere.  The trees and gardens were in magnificent spring greenery, tall very old trees surrounding the finely proportioned wood buildings (Eiheiji was founded by Dogen Zenji in about 1250). 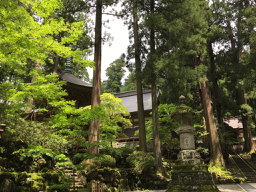 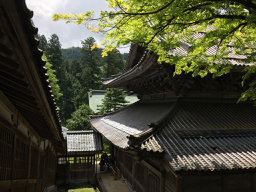 We walked silently into elaborate prayer halls decorated with gold hangings and venerated Buddha images.   Large metal bowl temple bells, wooden gongs and clappers and large drums were everywhere to announce the passing of time and the initiation of various rituals.  I was surprised that photos were being taken by all the visitors, although I had read that no photos were to be taken of the monks.   There was a gift shop, a visitors lodge and some new corridors to connect the old buildings to avoid the rigors of the harsh cold.  I assume that in the winter, during their intensive training periods, visitors are restricted but in the spring and summer, the revenue and offerings must help offset what must be a huge cost of upkeep at this extraordinary place. 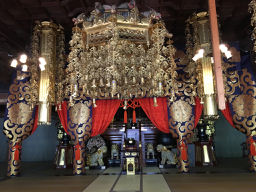 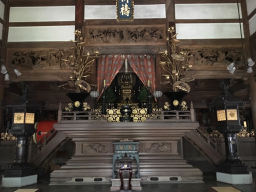 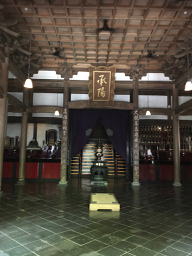 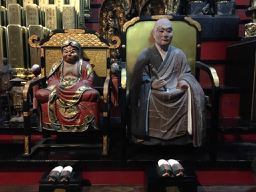 It was smaller than I had expected but filled with layers of quiet history.   Despite the shuffle of our slippers on wooden floors and up and down stairs, and the small talk of the visitors with even the occasional cell phone ring, there was still a sense of the stillness within the walls.  I thought of the enclosing snows in the harsh wintertime which would further muffle all sounds and the create isolation of life within this compound. 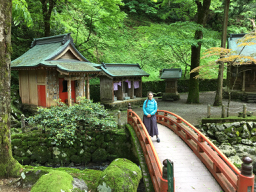 Outside the Main Gate of Eiheiji

Later in the day, reentering the vibrant world in Kyoto, we spent our first evening at an excellent restaurant where Bill and I indulged in a many course tofu menu of extraordinary dishes.  Below is all one meal – and I didn’t include desert.

Tomorrow we head back into the mountains to Mt. Koya! 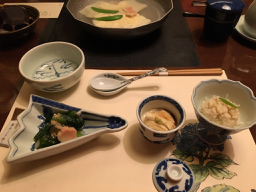 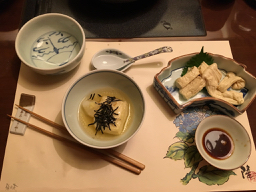 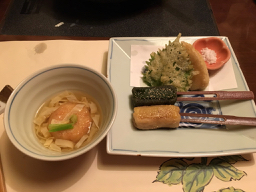 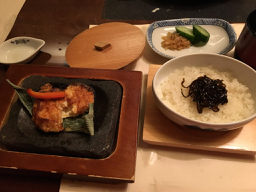